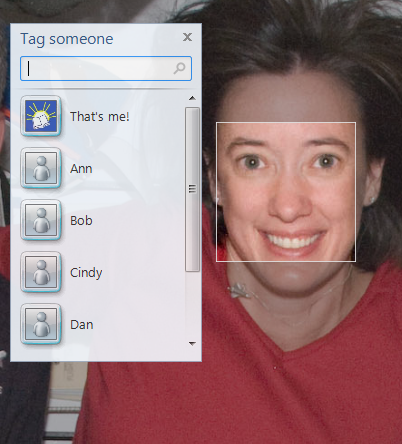 While the practice of photobombing has become a social and cultural phenomenon lately, the practice itself isn’t anything new. Since the advent of the camera, people have either intentionally tried to appear in someone else’s photos or have accidentally stumbled into the frame. Now, with biometric facial recognition algorithms, companies like Google, Apple and Facebook are able to identify these photobombing faces across the web—yet, this smart way to organize and share pictures is dredging up privacy concerns.

When you consider the 3.5 trillion analog photos and billions of more recent digital pictures in existence, our images—in some form or another—may be entrapped in a stranger’s photo album without consent. If a person walks through the background of a tourist’s snapshot, facial-recognition software may recognize the face and tag the person’s name to that picture. That photo can then be shared across the internet—with the person’s name attached, and without their permission to share it.

While the privacy implications are concerning, there are also more incontrovertible benefits to this technology. The ability to detect a person’s image in the background of a photo could help historians make a number of connections. If, for example, an individual is researching his personal family ancestry, facial recognition could help him find photos of his great, great-grandmother smiling in a (seemingly) complete strangers’ photo.

Helping to electronically organize photographs is a critical issue. It is enjoyed by millions, and the benefits are staggeringly beneficial. With facial-recognition technology, we can vastly improve tracking history through photos. This is why we are rallying consumers and the tech and photo industries to also support this advocacy campaign.

As these antiquated privacy laws are being challenged, leading tech-industry giants like Facebook and Google Photos hail new facial-recognition tools to help identify pictures. Restricting this collection and storage of biometric “faceprint” data falls outside the margins of intellectual-property rules. The image-recognition tools are scanning photographs, not actually biometric face and body scans. It is just identifying people, places and things within vintage photographs.

This is different from other uses of biometrics, such as iBeacon, which uses smartphone transmissions to identify people and send them marketing messages. Tagging a person in a photograph should not be considered in violation of privacy rights. There is no malice or intent to harm anyone by identifying physical characteristics, but rather a fun and easy way to organize your lifetime of photo memories.

Yet while we could argue both sides of the debate, there are several smart solutions that could be used to protect people’s privacy. Here is a four-point solution to remedy the photo tagging problem: