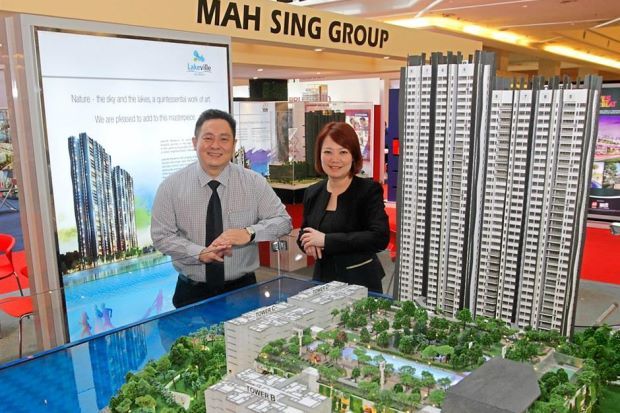 KUALA LUMPUR: AmResearch expects the gloves sector to benefit from the Budget 2016 because of its proposal for a special reinvestment allowance (RA) for companies that have exhausted their eligibility to qualify for RA.

It said on Monday its top buys are Top Glove and Kossan.

As for the hike in minimum wage, the research house expects the move would increase crude palm oil (CPO) production cost by less than RM20 a tonne.

“We are Overweight on the plantation sector with IJM Plantation as our top pick,” it said.

AmReseacrh said it also liked Inari within the technology space given its superior growth prospects from optimising its capacity expansion towards its high margin products.

The research house was Overweight on property equities with a Buy on Mah Sing, MRCB, E&O and Titijaya.

The sector is already trading on trough discount to net asset value of more than 50%.

“Budget 2016 reaffirms the execution of MRT 2 and LRT 3. Gamuda is a frontrunner for the tunnelling package of this RM28bil project. Econpile and Kimlun Corp are strong contenders for specialist works under the LRT/MRT projects.

“Construction earnings for MRCB are set to improve with the award of the PDP contract to the MRCB-George Kent JV.

“Teo Seng, a leading egg producer, is one of the cheapest consumer stocks. The rebound in egg prices from 28 sen an egg in 2QFY15 to 34 sen an egg in 3QFY15 combined with the timely addition of two new farms would underpin a strong earnings rebound in 2HFY15,” it said.

AmResearch said from the market’s standpoint, Budget 2016 was a non-event due to the absence of a significant uplift to corporate earnings or sentiment.

“In the near term, we expect the market to oscillate around our unchanged end-2015’s fair value of 1,650 for the FBM KLCI.

It would remain a trading market with funds nibbling on dips and locking in gains on liquidity-driven rebound. The market would continue to be supported by ample domestic liquidity. The key challenge though is the lack of conviction over the earnings momentum to establish a bottoming of the market,” it said.

With the exception of a select few exporters, the earnings revision cycle continues to contract due to margin compression from rising cost pressure and weaker-than-expected sales.

AmResearch’s bottom-up estimates now put the market’s earnings growth to just 2.2% for 2015 but it may still decelerate further approaching the year-end.