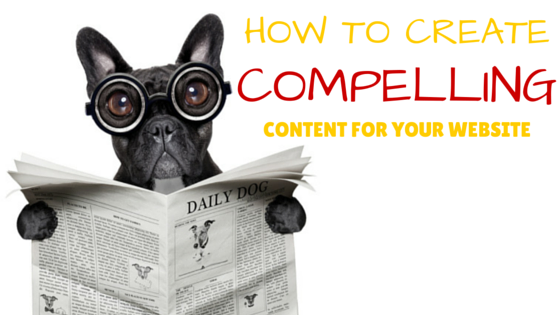 In today’s digital world, regardless of what business you’re in, it’s important to understand that you are also in the media business.

This means that whatever you sell — be it health supplements, jewelry, “how to make money” courses or anything in between — you are also in the business of putting out content related to your industry and aggregating your target audience around that content.

The reason for this is social media.

The rise and ubiquity of social media has given every single person the ability — and the responsibility — to reach their target audience regardless of their budget, age, gender, nationality or any other factor that may have previously limited them.

One of the platforms that I’ve found most effective for building a brand and getting your message out there is Instagram.

Since its release in 2010, it has had explosive growth and has become one of the most popular social media platforms in existence — and for good reason. Its simple, easy-to-use-features and attractive user interface are endlessly addictive. And, as its name implies, there is an element of instant gratification. Within minutes of posting something, you receive instant feedback about how well people liked — or didn’t like — the content you posted.

I recently caught up with Ruben Chavez. Ruben is a serial entrepreneur, consultant and influencer who works with brands large and small to strategize their social-media approach. Ruben’s social-media accounts have over 2.5 million followers in total. Chavez says, “I’ve spent five to eight hours a day for the past two years on Instagram and have learned a lot about what makes pages grow big and content go viral.”

Here are five things that Ruben Chavez wishes he would have known when he first started out.

1. Talk about something you’re actually excited about.

Chavez says, “So many people start Instagram accounts (or companies for that matter) based solely on things they’ve seen other people succeed at but that they don’t have any real connection to. This is not an effective way to attract a large following or build a community of ardent supporters. Others can easily sense this lack of passion and authenticity.”

If you already have a business, hopefully it’s something you’re actually excited about. Either way, make sure your IG account covers a subject that you can speak about passionately or at least intelligently.

As Chavez says, “Social media is riddled with individuals and companies pretending to be something they’re not. A common example that happens often is the personal brands that flaunt exaggerated or fabricated depictions of wealth. A good rule of thumb — If you’re not a millionaire, don’t pretend to be one on the Internet.”

On the other hand, if your genuine goal is to become a millionaire, run with that idea and build a brand around it. For example, you could start an IG page documenting your journey to millionaire status. The highs, the lows, the victories, setbacks, etc.

“People love to see the behind-the-scenes aspect of anything, especially someone on a mission. Bottom line: Be true to yourself, and your brand and you will inevitably stand out,” Chavez says.

“I ask myself this question before posting anything: “Would I honestly share this with a friend if I came across this post somewhere else?” If the answer is yes, I’ll usually post it. If the answer is no, I won’t post it. I’d recommend doing some version of this when assessing whether or not a piece of content is worth putting out there or not,” Chavez says.

Chavez says that the “only way to consistently produce engaging content that resonates with your audience is to know how to speak your followers’ language.”

He goes on to say, “When first started in Instagram account, was posting empowering thoughts solely for own benefit, because it wanted a place where it could revisit words that inspired. That was a student of personal development. Ended up attracting an audience made up of people very much in that they were also students of personal development. They had read many of the same books and shared many of the same values and ideas. Because of this, learn to how to speak their ‘language.’ To knew how to speak to them about personal development in a way that resonated with them.

Consistency in anything is key. Consistency is extremely vital in order to stay relevant in the fast-paced world of Instagram. Chavez suggests to figure out a posting frequency that works well for you and stick to it. He says, “Depending on what kind of account you have, it will probably be in the ballpark of one to four times per day. Personal accounts can get away with posting not as much, while business or anonymous accounts can post more often. Regardless of how often you post, you should be posting consistently.”

Also strongly believes in being consistent with a theme that resembles your brand. He states, “It’s also extremely important to be consistent in your theme. People are on IG to see pretty pictures, so even if your content isn’t photographs, make sure that you are still posting high-resolution graphics, and that they also have a cohesive visual theme.”

Social media has given us all the ability and platform to build a brand — especially instagram. It’s my hope that these tips from someone who has built a brand and large accounts from absolutely nothing is of great value to you.