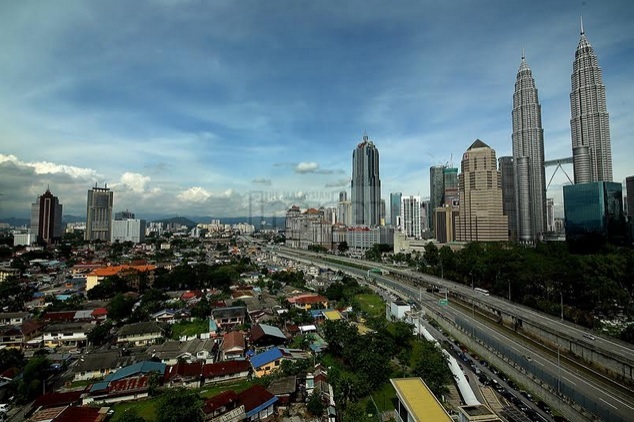 PETALING JAYA, Dec 5: The recent sale of a 60% stake in Bandar Malaysia to a Malaysia-China consortium is a boost for local property market sentiment in the new year, with significant positive implications, according to AmResearch.

“As the relocation works at the Bandar Malaysia site need to be completed first, we only expect the actual development of Bandar Malaysia to take off in 2018. Yet, we believe the monetisation of land in Bandar Malaysia – either directly or indirectly, has significant positive implications on the Malaysian property market on a few counts,” said AmResearch.

First, the research house said, at an implied value of RM697 psf (inclusive of RM2.4 billion sukuk debt), the deal will set a benchmark value for land within its surrounding areas. Second, a successful takeoff of Bandar Malaysia could create positive spillover effects for the Tun Razak Exchange (TRX) project, which is 3km away.

Attention could also gravitate towards other potential players that could be roped in by the IWH CREC JV to accelerate the development of Bandar Malaysia. Already, select developers have purchased land within the vicinity ahead of Bandar Malaysia’s debut. This includes Binastra Land’s acquisition of the Volkswagen showroom premises in Sungai Besi last June to develop a mixed project.

However, given the size and magnitude of this project, AmResearch said, the IWH-CREC JV’s execution skills will be put to the test.

“Assuming an efficiency factor of 65% and indicative GDV (gross development value) of RM150 billion, we estimate the indicative selling price of the project to be just a tad under RM2,700 psf which we believe could be somewhat aggressive given the greenfield status of its surrounding areas,” said AmResearch.

To be developed over 15 to 25 years, the 486-acre Bandar Malaysia is projected to generate a GDV of RM150 billion. Bandar Malaysia is being positioned as a mixed-use urban development that is expected to serve as a catalyst for the transformation of Greater Kuala Lumpur. Apart from its proximity to the city centre, its positioning as a future transport hub is a key selling point.

The proposed Kuala Lumpur-Singapore High-Speed Rail terminus will be located in Bandar Malaysia. Future linkages have been mooted for the MRT lines 2 and 3, KTM Komuter, Express Rail Link to KLIA and klia2, Bas Rapid Transport, as well as connections to 12 major highway networks.

IWH is the master developer of Flagship A within the Iskandar Malaysia Economic Growth Corridor, where it owns 4,300 acres of prime sea fronting land. In turn, IWH is a 60:40 joint venture between state-backed Kumpulan Prasarana Rakyat Johor and Credence Resources Sdn Bhd. The federal government is also a strategic partner in IWH; the Employees Provident Fund and Khazanah Nasional Bhd are shareholders in IWH subsidiary Iskandar Waterfront Sdn Bhd via Iskandar Investment Bhd.

CREC is the Malaysian unit of China Railway Group Ltd. CREC’s involvement in Bandar Malaysia will certainly give the construction giant a head start when bidding for this massive rail project.