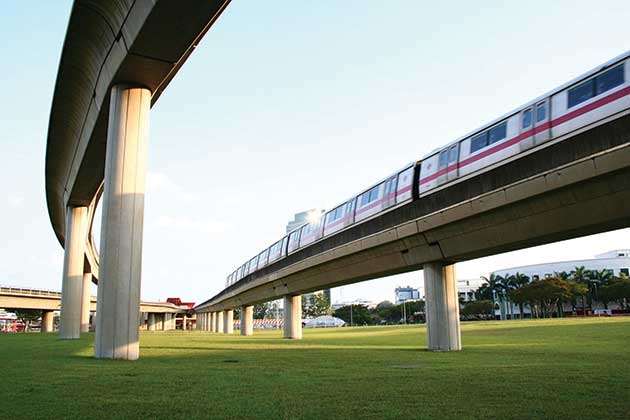 WITH the high cost of living in Malaysia, it is not such a bad idea to use public transport, even if you have a car or motorbike. Why? Public transport such as the light rail transit is time and cost-efficient, and is an easier way to navigate the city.

The Kelana Jaya LRT Line 5 (Gombak-Kelana Jaya) is one of the most popular public transport options among urbanites in the Klang Valley, because it is a 29km line running from the northeastern suburbs of Kuala Lumpur and Petaling Jaya to the west of Kuala Lumpur.

There are 24 stations on this route and it covers property hotspots in the Klang Valley such as the Kuala Lumpur City Centre (KLCC), Wangsa Maju and Bangsar.

We narrowed our research down to non-landed residential listings located within a 1km radius of each station and found over 50 listings. We then calculated the average asking price psf for each project to find the stations with the most and least expensive listings.

It is worth knowing that the KLCC and Jelatek stations are just four stations apart. This means that if you are willing to travel an extra bit of time by rail each day to the city centre, you can probably pay just a third of KLCC’s prices to buy an apartment in Jelatek.

Comparing the prices and rents of properties close to the Ampang Park and KLCC LRT stations also yielded interesting results.

The average asking price psf for non-landed homes within a 1km radius of the Ampang Park LRT station is RM1,000.31. Some of the affordable projects include D-Villa Residence (average RM710 psf) and D’Mayang (average RM756 psf). 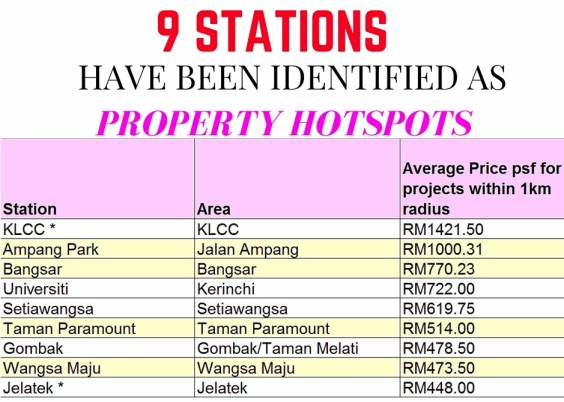