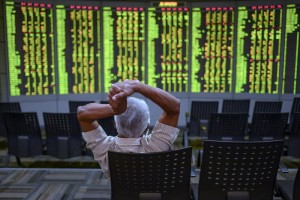 Notably, IGB REIT posted lower than expected operating expenses, which was led by a drop in the utility expenses due to cost-cutting measures.

“On the other hand, KLCCP Stapled Group latest earnings topped expectations due to the lower-than-expected tax rate and minority interest,” said the research house.

MIDF Research expects the US Federal Reserve to raise its benchmark interest rate by 25 basis points this December.

As such, MGS yield could also increase due to the potential money outflow, it said.

In view of this, MIDF Research changed its MGS yield assumption from 4.20 percent to 4.45 percent. It also lowered its target prices for the REITS under its coverage.

IGB REIT, which had the lowest target price reduction, saw its target price drop 1.9 percent to RM1.53 per share from RM1.56 per share.

Historically, IGB REIT correlation with MGS yield is the lowest at -0.041, supporting MIDF Research’s view that its share price will be least affected by the MGS yield increase.

“Furthermore, the higher required return shall be compensated by its high earnings growth,” said MIDF Research.

It noted that the core net income of IGB REIT for the financial year 2014 rose 12.4 percent year-on-year to RM233 million – which is the strongest among REITs.

Overall, MIDF Research revealed that the reduction in target prices among REITs were minimal while its recommendations were all intact.

Image: Sourced from The Malaysian Insider