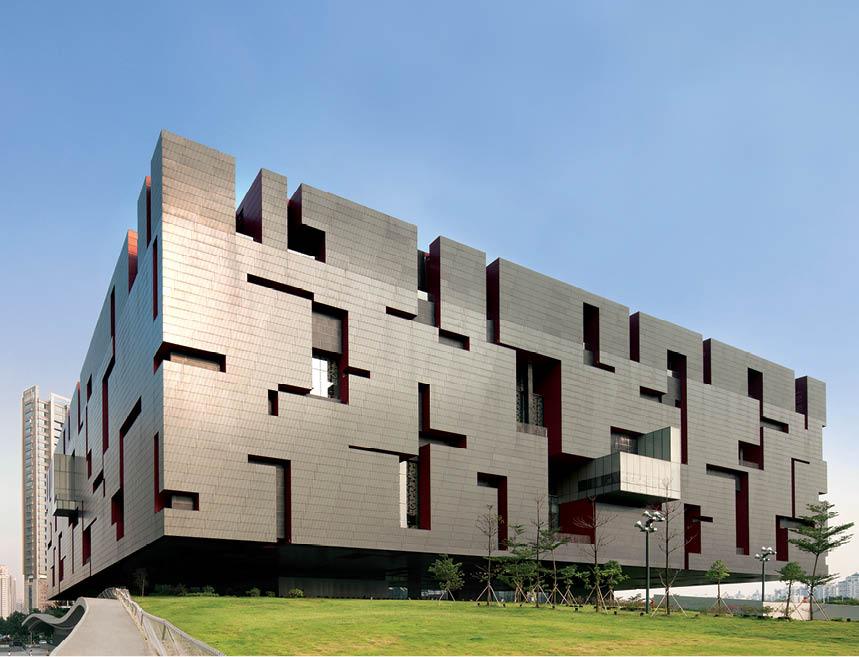 RATHER than being just an art form, architecture should be the art of problem-solving, said Rocco S K Yim, executive director and founder of Hong Kong-based Rocco Design Architects, at the Datum:KL 2015 International Architectural Design Conference. Organised by the Malaysian Institute of Architects, it was held in Kuala Lumpur.

“This emphasis on visual effect and impact, without really understanding why it has come about, is the biggest distraction to architecture students. Instead of being artistic, we should have less purely visually iconic buildings and more meaningful buildings for the use of the community,” the soft-spoken architect told his audience.

In an exclusive interview with City & Country, Yim highlights one of the latest additions to the portfolio of his 170-strong firm — the W Guangzhou Hotel and Residences. It flanks Xian Cun Road, a major boulevard in the new central business district in fast-growing Guangzhou, China.

Showcasing street edginess and architectural linearity, the glossy monolithic structure provides its individual components with their own expression. For instance, the private residential portion is decked in dark granite and glass cladding, with its scale subtly defined by a matrix of vertical glass fins. Meanwhile, the common areas such as the bar, restaurants and spa are enclosed in transparent glazed boxes that visually stand out from the dark framework.

Yim says the concept draws inspiration from a res­ponse to both the urban conditions of contemporary Guangzhou and a unique plan to have a compact city hotel and serviced apartments.

“With the major hotel functions being stacked up vertically by virtue of the compact size of the urban lot, the architecture is an actual embodiment of an intriguing spatial journey from the ground up — a three-dimensional and intertwining sequencing of diverse spatial forms and experience, from the narrow and vertical entrance vestibule, to the spacious but intimate reception ‘living room’, to the transparent bar in a floating glass box, all the way to the green and semi-enclosed swimming pool at the top of the building.”

While the hotel and serviced apartments are architecturally unified, a large vertical “window” is left open at the centre to allow the inner landscaped park of the urban block to be visually and spatially merged with the public street.

“This negative space in the composition brings about an urban permeability that enhances the lighting and ventilation within the district. The architecture of W Guangzhou not only visually intrigues but also creates a spatial odyssey that invites exploration and keeps the senses invigorated,” Yim remarks. 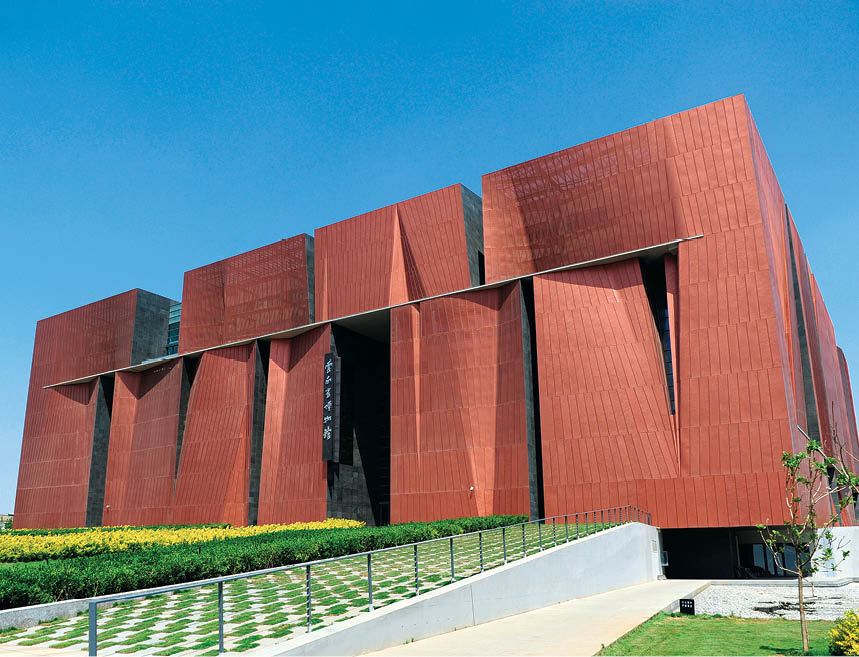 Elements of a good design

What makes a good design? For Yim, good architecture transcends mere art — it is the embodiment of culture.

“While stemming from the past, culture actually deals with the present. It is about contemporary living and current attitudes tempered by the past, towards space, material, perception of beauty and balance of values — all of which are essential ingredients in the making of architecture, if such architecture is to be authentic and relevant,” he says.

When comparing architecture to other art forms, Yim says the former is unique in that it is tied both to a place and to its time.

“In this regard, Asia is a place with disparate cultural and physical landscapes where modern and traditional cultures coexist. In more cosmopolitan cities such as Hong Kong, values from diverging times and places converge and collide. A truly unique architecture would therefore only result from the resolution of such values, rather than a single-dimensional pursuit of the stylistic or technical agenda, and for architecture to be indeed authentic and relevant, it should address cultural phenomena, particularly the identity of the region in which it will impact,” he explains.

The journey of Rocco Design Architects started in 1983, when it won the first prize award at the L’Opéra de la Bastille international competition. The company has a wide range of projects, from education to offices and hospitality, from an urban scale to small-scale residential projects, and cultural projects such as museums and performing art centres.

Some of its recently completed projects are the HKSAR Government Headquarters in Hong Kong (completed in 2011), the Guangdong Museum in Guangzhou, China (2010) and the Yunnan Museum in Yunnan, China (2015).

What inspires Yim’s works? He says memories of relevant traditional objects, landscape and lifestyle inspire the beginning of every project, while the outcome is the inevitable result of a rigorous proof of architectural evolution, informed by such memories and tailored to contemporary use and needs.

For example, the Guangdong Museum is an allegory of an intricately sculpted antique Chinese lacquer box, which collects and reflects the treasures of the times.

As for the HKSAR Government Headquarters, the project integrates government and chief executive offices, the legislative council complex and a landscaped civic park, while embodying openness, enjoyment, sustainability and communication.

“In Hong Kong, density and connectivity are usually embraced as forces and opportunities that architecture must harness to optimise the buildable area while enhancing the dynamics of movement, encounter and interaction,” says Yim.

When asked what he sees in architecture’s future, he says sustainability or concern for the environment is a given and has been there all along, but architects tend to overlook it.

“Sustainability does not need to be highlighted and it’s not particular to any country, region or race. It’s a universal value, something that our ancestors upheld in one way. So, in the future, we hope to see more interest in reconnecting, for instance, to the values of spatial quality, of community, of urban connectivity — that may differ from city to city.

“These values are indirectly related to sustainability. Take connectivity — when we talk about connectivity, we talk about the wish for contemporary human beings and city dwellers to move about freely, and in so doing increase opportunities for encounter and interaction, emphasising convenience and efficiency. We wish for human-scale, human-friendly spaces, spaces that encourage a love for the environment, so that communities care about not damaging trees, picking up garbage or putting garbage in the correct container — all of these are behaviours that are essential to low-carbon living,” says Yim.

“So, we hope architecture will really address behaviours, not any particular technology or sophisticated mechanism, but simply behaviours. So, that’s the very essence of low-carbon living that we hope to see in the future of architecture design,” he adds.

Datum, which started 13 years ago with around 350 participants, has now grown into a regional design conference attended by about 2,800 local and international architects. 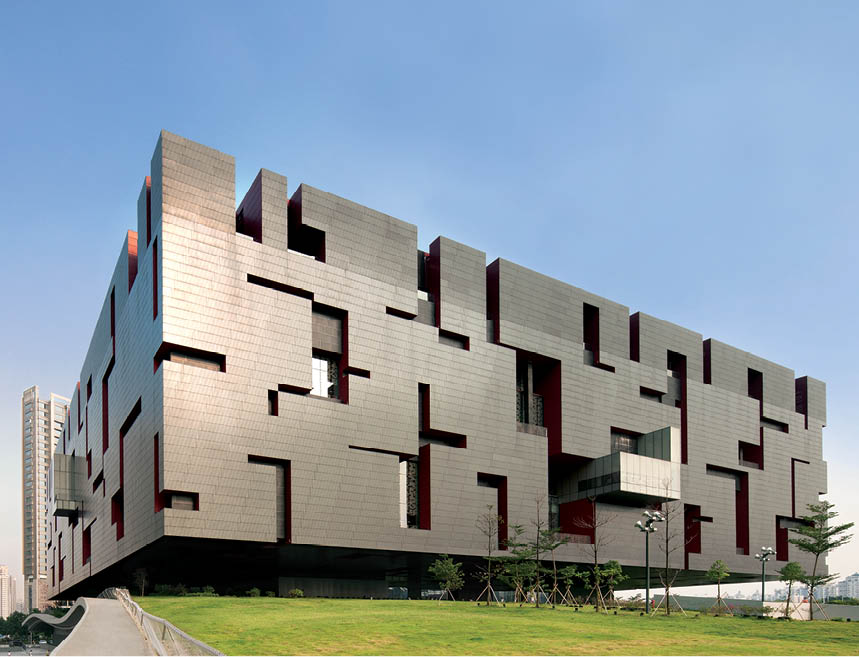