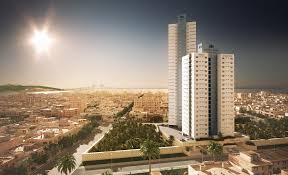 PETALING JAYA: The Real Estate Housing Developers’ Association’s (Rehda) proposal to reintroduce the developers interest bearing scheme (DIBS) for first-time homeowners could be a boost for the property sector, according to AmResearch.

In its published report yesterday, the research house said the move to revive the DIBS policy followed a ‘wish list’ that Rehda had submitted to the Federal Government ahead of Budget 2016.

It said ammong the key suggestions that were mooted included the introduction of a homebuyer friendly scheme by banks, especially for first time homeowners for properties priced up to RM500,000.

Others were the revision of the bumiputra quota policy, goods and services tax relief for affordable housing and controlled properties, reduction in the cost of doing business as well as higher supply of affordable housing.

“While most of these requests were not directly addressed or mentioned during Budget 2016, the government’s subsequent willingness to reconsider DIBS could be a boost, in our view.

“To be sure, based on the findings by the government’s Special Economic Committee, demand for affordable houses exceeds the present supply, more so in urban areas with a young population base,” said AmResearch.

The DIBS policy that was shelved last year, is among property cooling measures launched since 2013 to curb speculation and hike in prices.

It allowed developers to absorb mortgage interest during the property’s construction.

It was reported that Perbadanan PR1MA Malaysia’s recent finding showed that one million people in the middle income group, who earned RM2,500 to RM10,000 a month, had yet to own a home.

The removal of DIBS, along with inventory liquidation initiatives by developers could kickstart a recovery in transaction volumes, said AmResearch.

It added that such a move should assist in narrowing the discount to net asset value among property stocks.