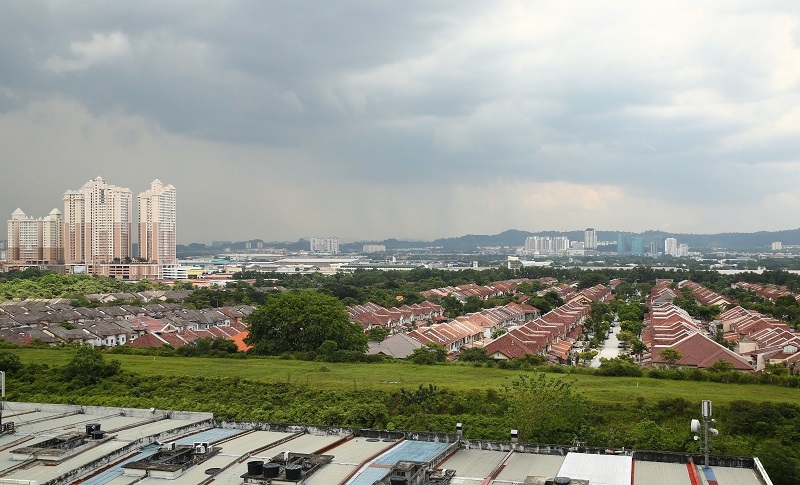 STRATA living is the norm in land-scarce areas such as Kuala Lumpur and other cities in Malaysia. The concept of strata was introduced in Peninsular Malaysia in 1985 as a form of property ownership and development format that caters for the subdivision of buildings to ensure higher density and better efficiency of land utilization.

In 2007, the format of strata development was expanded to cover the gated and guarded schemes with shared common property.

One could say that strata living is a form of community living which embraces the idea of “love thy neighbor” instead of “my home is my kingdom”, by housing several households or different entities under one roof.

Thus, there is no one single owner and there are common areas and facilities to be shared with other unit owners such as the lifts, stairwells, corridors, lobby, and other facilities which are normally referred to as Common Properties. If these Common Properties are not well maintained or are mismanaged, the strata owners or occupiers will be on the receiving end. As such, there is a need for someone to manage and maintain the Common Properties for the good of all owners.

The responsibility to manage the Common Properties falls on the Developer upon delivery of vacant possession until the same is taken over by the strata owners themselves through the formation of a Management Corporation (MC) as one cannot expect the Developer to carry such an obligation without an expiry in sight.

Like a country managed by its Government, there are prescribed laws. A strata development has regulations and policies set by the “Government” (MC) that its “subjects” (unit owners) must obey. Nonetheless, prior to the enforcement of the Strata Management Act (SMA) 2013, there was no prescribed “law” to obey and follow. Thus, Developers when selling strata units would normally require their purchasers to sign the Deed of Mutual Covenants that usually serves as the house rules and/or guidelines for the dos and don’ts of living in a strata development. There was no uniformity of rules and regulations among different strata developments.

Effective June 2015, there is a pre-set of “by-laws” governing stratified property as stipulated in the Third Schedule of the Strata Management (Maintenance and Management) Regulations 2015. It serves as a “law” to all existing and future strata developments notwithstanding whether there are already available house rules or the Deed of Mutual Covenants.

The prescribed by-laws aim to standardize the control, management, administration, use and enjoyment of the individual parcels and the common properties of all strata developments, and for the ease of strata dispute resolution by the authorities and Strata Management Tribunal (SMT).

These by-laws cover the function and powers of the management body, general duties of the strata owners, etc. Furthermore, the prescribed by-laws may not be amended and any additional by-laws thereafter made by the management body that is inconsistent with the by-laws shall be deemed void and invalid.

For those who usually default in paying service charges or fail to pay on time, they should be aware that it is now prescribed that a 10% late payment interest per annum be charged if one fails to pay their service charges within 14 days.

The management body is also allowed to publish a list of defaulting strata owners on the notice board and cease their access cards and use of common facilities (including parking) until the outstanding sum is paid. If that does not serve as sufficient deterrence for unit owners to make payments punctually, the Commissioner of Buildings may issue a warrant of attachment to sell the fixtures and fittings in that particular owner’s unit for the repayment of the outstanding sum. Such a stringent legislation aims to deter unit owners from being ignorant of their payment obligations for the management and maintenance of the development. No management can be effective without the financial contribution from all stakeholders.

The following highlights some of the duties and obligations of unit owners under the by-laws:

•             allow the MC access to his/her unit for purposes of investigating leakages or other building defects and to conduct maintenance, repair works, renewing or upgrading works; and

•             not to cause any disturbance, nuisance or danger to the neighbors such as keeping the volume at a low level after 11pm so as to not interfere with the rest or peaceful sleep of the other proprietors unless prior written approval for a specific function and for a specific duration have been obtained from the MC.

Strata management is the driver for any strata living. Ignorance of strata owners’ obligations is no longer tolerable and such ignorance can now be an offence under the purview of the SMA 2013. Ignorance of one’s strata obligations may invite a hefty penalty.

Nonetheless, the law is only as good as its enforcement. If all unit owners observe their obligations without much interference from the management of the strata development, it is a win-win situation where the MC will be able to manage and maintain the project with sufficient resources. A properly-maintained development will definitely fetch better value appreciation for the unit owners.