With the recent whirlwind of government interventions to ensure that property buyers are well served and not cheated when making a transaction, property salespersons are now required to produce a REN Tag and REN registration number upon introducing themselves, and failure to produce one could end up in a lawsuit.

The general public are muddled by the many designations being used by property salespersons.

PropSocial has decided to clear the air a little by collaborating with an experienced Estate Agent, who was kind enough to contribute the following article. We bring to you an article on the differences between an Estate Agent and a Negotiator. 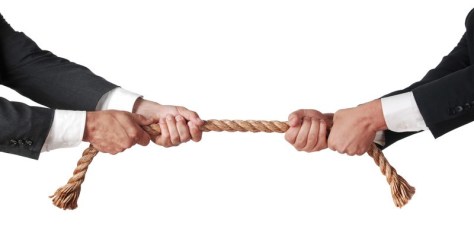 To the general public, there seems to be no distinction to the two designations as they are used interchangeably. The fact of the matter is that there is indeed a stark distinction between the two and they are elaborated in detail below.

Who is an estate agent ?

A registered estate agent as defined in the Act is a person whose name has been entered under Part III of the Register and to whom an authority to practise has been issued by the Board under Section 16.

In 1984 in response to a critical need to regulate the estate agency profession as a result of unprofessional practices by unregulated people carrying out estate agency activities, the Act was amended to incorporate the profession of estate agency and hence it was known as the Valuers, Appraisers and Estate Agents Amendment Act 1984 which came into force on 7 September 1984.

The passing of the amended Act means that BOVAEA was required to keep and maintain a separate Register for Estate Agents.

It is interesting to note that there is also a distinction between a valuer and an appraiser. Under section 20 of the Act 242, there are restrictions imposed on registered appraisers such as being subject to a total capital value and restriction of practice to a particular State/ States. The Valuers however are not subject to the same restrictions.

To be eligible to be registered as an estate agent, one would be required to pass the Board’s Written Estate Agents Examination Part 1 and 2 and the Test of Professional Competence (TPC).

An estate agent’s registration number is denoted by E followed by a few digits.

Once a person becomes a registered estate agent, he/ she is then able to establish his/ her own real estate agency practice via forming a body corporate, a partnership or a sole proprietorship.

Who is a negotiator ?

It is worth noting that there is no mention of the word ‘Negotiator’ in Act 242 nor in the Valuers, Appraisers and Estate Agents Rules 1986.

It was not until the coming into force of the Malaysian Estate Agency Standards (MEAS) that the term ‘negotiator’ was mentioned. MEAS was first introduced on 1 September 1999 and this was subsequently superseded by the new MEAS which came into force on 1 June 2014.

A negotiator as defined by the MEAS is a person who is either employed or engaged on a ‘contract of service’ or on ‘a contract for service’ by a firm to list and market properties and shall always be under the immediate direction and supervision of an estate agent. By this it means that a negotiator cannot work independently and must be always under the supervision of an estate agent.

Currently, it is mandatory for anyone who wishes to become a negotiator to undertake the 2 Day Negotiator Certification Course (NCC), which is an intensive two day training course. This is a prerequisite to formal registration as a negotiator with BOVAEA where one will be given a tag together with a REN Number – REN follow by 5 digits (e.g. REN 12230). REN is an acronym for Real Estate Negotiator. A negotiator must wear the Tag during the course of their business and the REN number must be stated in all forms of promotional and marketing materials.

And so now ends the article on the differences between an Estate Agent and a Negotiator. We hope that this explains the differences to you and that it will help you in the future when dealing with them. Happy property buying!

Click here to purchase the ticket worth RM 388 each to the Property Intensive Seminar.

Click here to more details about the Property Millionaire Seminar.